There are at least nine, if not more, different kinds of water. Let us briefly describe the nine most common ones. They are as follows: 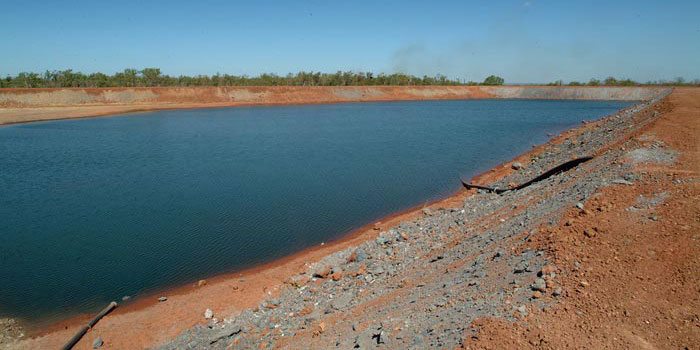 This is water that the earth’s rivers carry to the sea. Each year they carry to the sea five million tons of dissolved metals and other unnumbered millions of tons of carbon compounds and factory pollutants. Raw water can be hard or soft – as hard as lime water, or as soft as rain water_ it’s every drop is densely inhabited with millions of viruses and bacteria. The government has proved that chemicals dumped into our rivers as raw sewage may cause cancer. 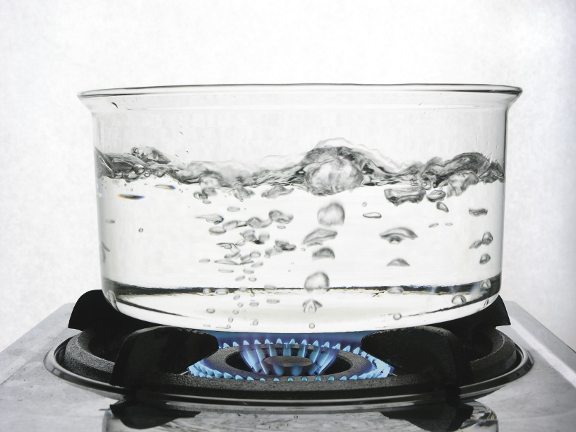 The idea of boiling water originated at a time when the main danger was the possibility of disease organism existing in water supplies_ Heating water to 212 degrees Fahrenheit for several minutes effectively kills harmful bacteria making it safe for human consumption in emergency situations (boiling water does not always kill virus and cysts). However, modern water supplies can contain excess salts, heavy metals and numerous complex toxic chemicals from industrial and agricultural pollution and most of these are not destroyed of removed by boiling. Worse, many are actually concentrated if the water is boiled because the purer water vapour is evaporated away. Also, when water is boiled, the dead bacteria remains in the boiled water. Although these dead bacteria do not pose a health problem, such dead materials furnish a fertilized soil for rapid and lusty propagation of germs. Boiled water may avoid live disease germs, but still takes on bacterial soil for the growth of other bacteria. While Raw Water is an aquarium, filled with deadly micro-organisms, Boiled Water is a graveyard of dead germs. 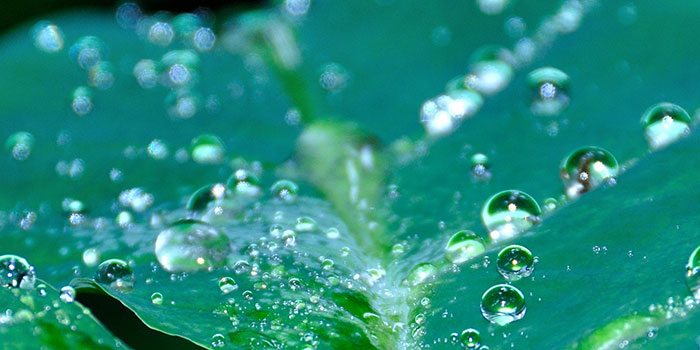 (from RAIN or SNOW): Soft rain water which has been distilled by the sun should contain no metal matter and no germs. But, when it falls from the clouds as rain or snow, it falls through air filled with bacteria, dust, smoke, chemicals, mud, and metals. By the time it reaches the earth as rain water, it is saturated with decaying matter, dirt and chemicals, such as sulphuric and nitric acid. Alas, the term, Acid Rain. To really understand this, all one has to do is look at snow. Snow, also picks up metals, chemicals and fallout. Even though snow looks white and clean, it contains as many germs, metals, and pollutants as rain water. Remember freezing does not destroy bacteria. Take note of the dirt left from melting snow in the spring, remember how the dirt forms on top of the snow not yet melted. Each snowflake contains some form of air pollution, and all this melts and gets into our rivers and streams. 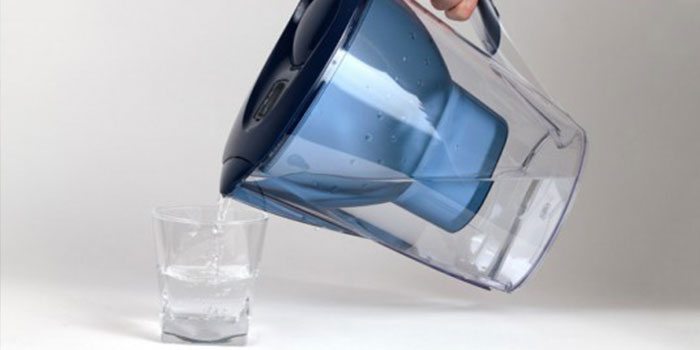 Filtered water is water which has passed through a very fine strainer called a “filter”. The use of a filter to cleanse water is very popular. The general public is led to believe that filtered water is purified water. While it is true that some solid particles are removed from water through filtering, there is no filter made which can prevent bacteria or viruses from passing through its fine meshes. Every pore of the finest filter is large enough to allow millions of germs to pass through. Because filters have no way of ridding themselves of the decaying bacteria, it tends to accumulate on the bottom of the filter. This decaying matter forms an excellent breeding ground for more bacteria. After the filter has been used for several days, the filtered water often contains more disease germs than the water which originally passed through. Bacteria are multiplied by the millions by the collected wastes at the base of the filter, and are washed through with the filtered water. Water filters, as a rule, become less effective the more they are used. 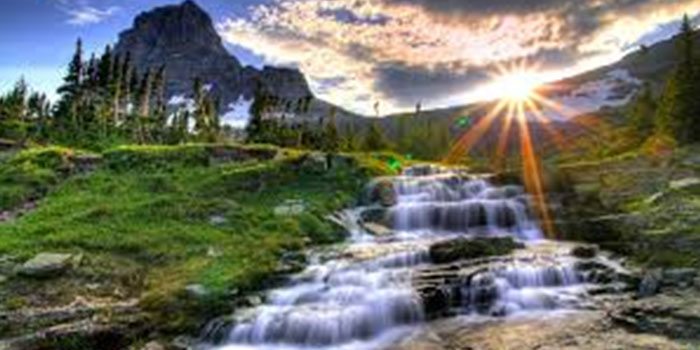 Mineral water is “Hard Water” which is drawn from certain mineral springs. These mineral springs are known for their medicinal effects. But, in fact minerals in water exist as mineral salts or so called inorganic minerals. This form of minerals is not nearly as biologically acceptable to the human body as are the organic forms of minerals found in all foods and quality mineral supplements. Instead of existing in the salt form (calcium carbonate, magnesium sulphate) the useful minerals in food are linked with proteins and natural sugars (zinc protein chelate, calcium lactate). Check the label on any quality mineral supplement and it will contain the organic mineral form for best assimilation. Some inorganic minerals are harmful to human health (sodium, nitrates, sulphates and toxic metals) and no water treatment process can separate those from the inorganic minerals that are not harmful. Excess inorganic minerals reduce the thirst quenching ability of water, are responsible for bad tastes, salty tastes, and metallic tastes. Excess inorganic minerals interact with almost every food and beverage, detracting from its flavour. That’s why virtually all packaged beverages, including soft drinks and beer, are made with water very low in inorganic minerals to ensure the best possible flavour. Even if minerals in water were in good form, their amount is very small compared to that found in foods. An 8 ounce glass of milk typically contains more calcium and magnesium than five gallons of mineral water. Plants have the unique ability to convert inorganic minerals absorbed from the soil and water into organic minerals our body can use. Minerals in water mostly contaminate it and prevent water from doing its natural functions such as its cleansing job. As a result we can develop health problems as these undesirable pollutants are retained in our bodies.

There are also hard waters which are called “Spring Waters” – that is, waters from certain underground springs. Practically all kinds of “Bottled” water are spring water. Spring water may be bacteria free because water is drawn from deep underground springs, but it is saturated with lime salts, calcium, magnesium, sodium, iron, copper, and other inorganic metals. All Spring Water is “Hard Water” because any water that runs through the ground picks up a certain amount of hardness. 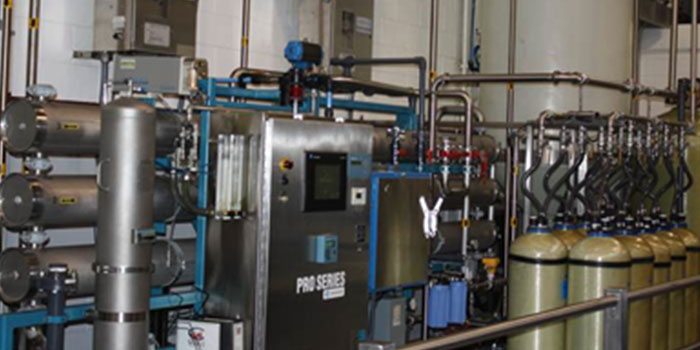 Water processed by the de-ionized method effectively removes metals and other inorganic minerals, and compares favorably to distilled water. De-Ionization is a chemical way of purifying water and although it is pure, it is an expensive way of water purification for the home and care must be taken not to contaminate the purified water, because it does become a breeding ground for bacteria, pyrogenic matter and viruses. 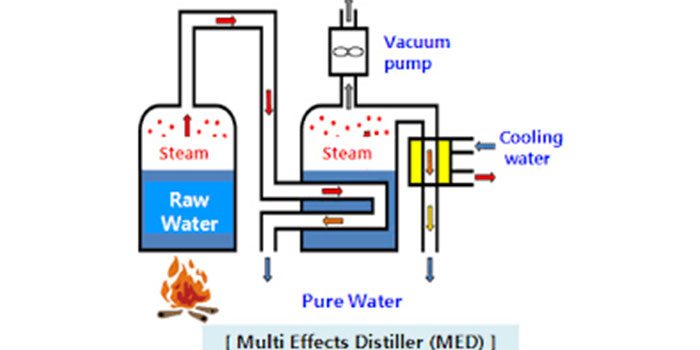 Distillation, is similar to nature’s own way of producing water by way of vaporization and condensation resulting in “Distilled” water_ Distilled water is a virtually pure form of water that has been heated to boiling, creating steam vapour, leaving behind the vast majority of the contaminants. At the same time, it kills virus, bacteria, giardia, and other forms of micro-organisms. When the steam vapour is recondensed, the result is a virtually pure form of water without contaminants. This process is the most effective purification system in ridding water of bacteria, chemicals, and inorganic minerals including toxic organic substances. Lat tests show nil amounts of impurities such as calcium, chlorine, sodium, and nitrates. Distilled water is so pure and safe, that the U.S. Department of Agriculture endorses a distiller as “The only proven way of correcting drinking water pollution in the home”.