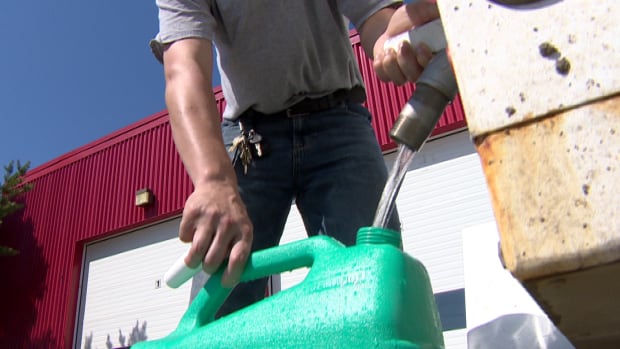 A Saskatoon city councillor wants a building contractor to pay for costs incurred by a massive boil water advisory.

Yesterday, a private contractor working for SaskPower punctured a 106 cm (42 inch) primary water main on Fedoruk Drive near the Willowgrove and Evergreen neighbourhoods. As a result, an estimated 30,000 people are now under a precautionary boil water advisory.

“Clearly, there was a huge mistake that was made here,” said Ward 10 Coun. Zach Jeffries. “Those who made that mistake need to be held responsible.”

Since the break, city workers have been scrambling and that means there will be significant costs involved.

“This is an expensive undertaking,” he said. 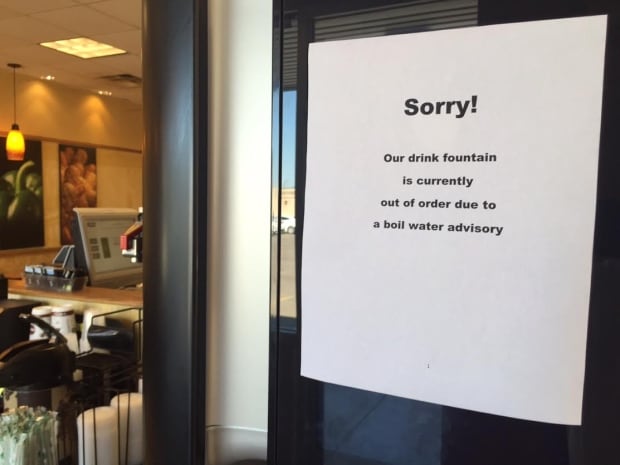 The Subway in Erindale is using emergency water from the fire hall to rise veggies. The pop machine is shut down. (Dan Zakreski/CBC)

“Both with civic staff, testing that needs to take place with the water, 10,000 flyers were delivered to folks yesterday evening, letting them know about the issue, and there are water trailers and bottled water that are being made available. All of this costs money, and I expect those who made this happen are going to pay.”

People can fill large water jugs on Ludlow Street, just north of Fire Hall No. 9 on Attridge Drive. The location was moved from the fire hall on Tuesday afternoon to accommodate the congestion caused by the high demand of residents getting water.

Water can also be filled at Fire Hall No. 5 on Central Avenue. Water filling stations are also being set up in the affected neighbourhoods.

“First and foremost, make sure you take care of yourself and your family,” said Saskatoon Fire Department Chief Morgan Hackl. “Boil any water that you’re going to use for washing of food. If you’re brushing your teeth, anything like that, boil your water.”

The city echoes that advice, warning people to boil drinking water for three minutes, as well as any water for washing fruit and vegetables, brushing teeth or making ice cubes.

Chief Hackl said the boil water advisory is just a precaution, and that no one is in any danger.

“The Saskatoon Health Region has stated that it’s not a serious concern,” he said. “But we just want to take precautions, to make sure we’re doing the right things.

Meanwhile, the advisory has hit some businesses hard. Some companies have been forced to slow their service down.

However, one dental office in Erindale has been able to stay open because of its high-tech chairs.

Each chair can be converted to a closed system that bypasses the city’s water supply.

Schools are also adapting their schedules, asking that staff and students bring their own drinking water today.

Four public schools are in the area: Willowgrove, Forest Grove, Egnatoff and Centennial, along with six Catholic schools: St. Volodymyr, Father Robinson, Holy Family, Mother Theresa, St. Joseph High School and Bishop Filevich. All schools are bringing in bottled water and students can still use toilets and wash their hands. They are being told to not drink water from drinking fountains and taps.