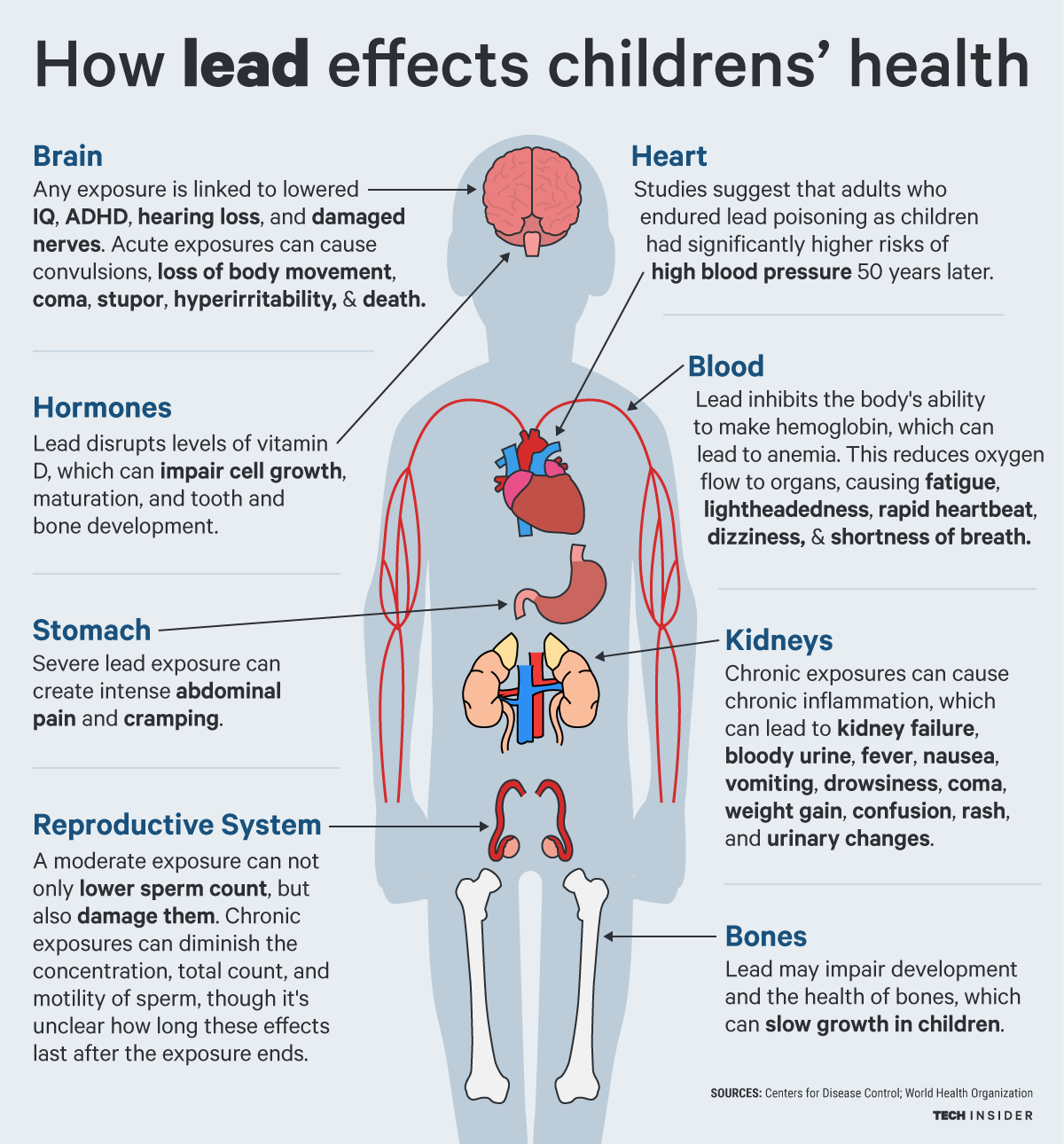 EPA and the Centers for Disease Control and Prevention (CDC) agree that there is no known safe level of lead in a child’s blood. Lead is harmful to health, especially for children.

Health Effects of Exposures to Lead in Drinking Water*

Is there a safe level of lead in drinking water?

EPA has set the maximum contaminant level goal for lead in drinking water at zero because lead is a toxic metal that can be harmful to human health even at low exposure levels. Lead is persistent, and it can bioaccumulate in the body over time.

Young children, infants, and fetuses are particularly vulnerable to lead because the physical and behavioral effects of lead occur at lower exposure levels in children than in adults. A dose of lead that would have little effect on an adult can have a significant effect on a child. In children, low levels of exposure have been linked to damage to the central and peripheral nervous system, learning disabilities, shorter stature, impaired hearing, and impaired formation and function of blood cells.

The Centers for Disease Control and Prevention (CDC) recommends that public health actions be initiated when the level of lead in a childs blood is 5 micrograms per deciliter or more.

It is important to recognize all the ways a child can be exposed to lead. Children are exposed to lead in paint, dust, soil, air, and food, as well as drinking water. If the level of lead in a child’s blood is at or above the CDC action level of 5 micrograms per deciliter, it may be due to lead exposures from a combination of sources. EPA estimates that drinking water can make up 20 percent or more of a persons total exposure to lead. Infants who consume mostly mixed formula can receive 40 percent to 60 percent of their exposure to lead from drinking water.

Even low levels of lead in the blood of children can result in:

In rare cases, ingestion of lead can cause seizures, coma and even death.

Lead can accumulate in our bodies over time, where it is stored in bones along with calcium. During pregnancy, lead is released from bones as maternal calcium and is used to help form the bones of the fetus. This is particularly true if a woman does not have enough dietary calcium. Lead can also cross the placental barrier exposing the fetus to lead. This can result in serious effects to the mother and her developing fetus, including:

The Canadian government does a good job of outlining the issues of lead in water in the bellow link: